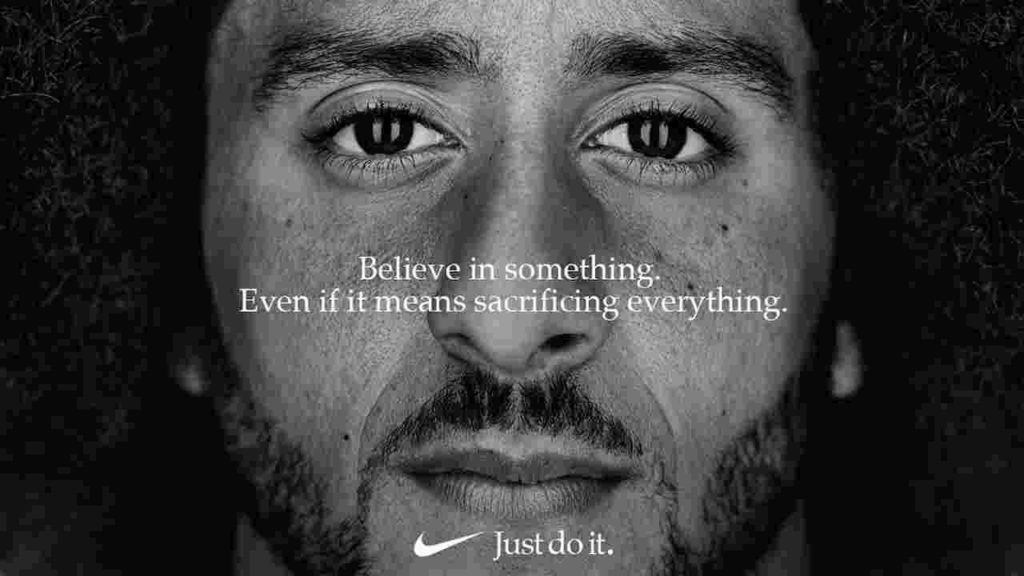 Former San Francisco 49ers quarterback Colin Kaepernick made headlines again this week following the release of a Nike advertisement that focuses on “sacrificing everything.” Kaepernick, who has been out of the NFL since 2016 and is not projected to be signed anytime soon, has been credited with initiating the worldwide trend of kneeling during the national anthem. The former quarterback started this movement in 2016 after videos were released of several police shooting an African-American citizen. Kaepernick explained his actions saying that he refuses to, “show pride in a flag for a country that oppresses black people and people of color.”

Ever since Kaepernick started this silent-protest, over 200 NFL players have joined in on this protest, including 49ers safety Eric Reid, Seattle Seahawks corner Jeremy Lane, and Seahawks receiver Brandon Marshall. However, the trend has gone beyond NFL players to athletes from other sports, as well. Oakland Athletics catcher Bruce Maxwell, and Seattle Reign Forward Megan Rapinoe have all  joined upon Kaepernick’s protest.

There have also been leaked photographs of high schoolers kneeling during the national anthem. Athletes from Lincoln High School in Nebraska, Waggener High School in Louisville, and Brunswick High School in Cleveland all have joined in on Kaepernick’s protest. There is no telling how long these protests are expected to last, but they are likely to continue on for a long time.

Many celebrities, such as Donald Trump, Jerry Jones, and John Rich, all have publicly ridiculed Kaepernick since the start of the protest. They have criticized the negative portrayal by athletes of America, and how they are not grateful for the veterans who have served for America and sacrificed their lives. Kaepernick stated that his protests were in spite of all of the racist moments that occurred with police, but Trump shifted the focus from the racist moments to being disrespectful to troops. Despite all of the criticism received, there have been some people who sided with the protestors. Former president Barack Obama has publicly defended Kaepernick, along with Kareem Abdul-Jabbar and some veterans. Nike stock shares have gone up 31% since the advertisement was released publicly, so despite all of the criticism received by the advertisement, there have been significant rewards to the advertisement as well.

As of September 12th, sources say that Nike has gained an estimated $163 million in Market Cap after this advertisement. In the advertisement, Kaepernick states that people should, “believe in something. Even if it means sacrificing everything.” Lots of people are unhappy with this advertisement because many believe that Nike is blaming Kaepernick’s protests in response to his lack of place on an NFL team. Many believe that Kaepernick struggles with throwing the ball, and that’s why he hasn’t landed a job in the NFL since 2016. Despite all this, Nike appears to have Colin Kaepernick as the face of their franchise, and it has proven successful so far.

Nike knew they were taking a chance when they made Colin Kaepernick the face of their franchise. He has been surrounded by controversy for the past 3 years, and continues being a hot topic. Nike has seen a lot of success despite the controversy surrounding the advertisement, and it appears that they will continue featuring Kaepernick in future advertisements. Kaepernick has made an impact on not only the NFL, but has impacted American culture, as well.