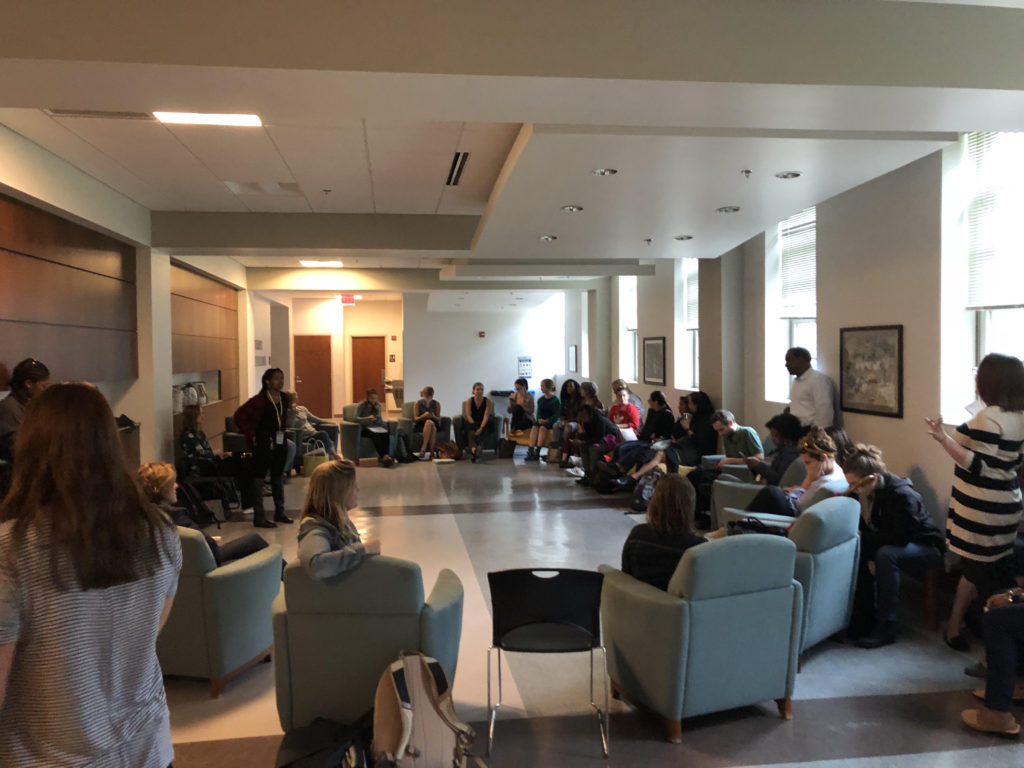 Over 40 graduate social work students walked out of classes Thursday afternoon following a tweet from Dean Will Rainford of the National Catholic School of Social Service (NCSSS). The tweet, included at the bottom of this article, was posted the day before by Rainford, from his official university Twitter account, @NCSSSDean, at 3:29 p.m.

The students are planning a march to take place starting at noon on Monday, October 1, in the Pryzbyla Center and walking to various locations on campus.

Students walking out Thursday afternoon met in the foyer of McGivney Hall to voice their opinions and organize their demands for a petition they plan to finalize this weekend.

As of Thursday, the petition will have five demands:

Dr. Roslynn Scott, assistant dean of the school, offered a meeting for the graduate students to have with Rainford, which received no public vote but was not met with vocalized support. Several protesters said they did not want to meet with the dean because that is not the purpose of the demonstration, and some students expressed concern with being forced to compromise.

Students stayed for over an hour discussing their primary issues with the situation.

Out of the over 40 graduate students gathered in the McGivney foyer, only five were men. A 2017 report from the U.S. Department of Labor reported that 82.5% of social workers were women, so many students questioned why a female dean would not be more representative of the field.

Some students expressed worry that in the future, their resumes would be thrown into the trash with the current reputation of their alma mater.

“I was very upset that, one, the dean would say something like that, but also that he would be so nonchalant about students here who are victims of child molestation and sexual assault,” said Bi’Anncha Andrews, an advanced social work graduate student.

“I don’t want him speaking for me as a social worker or as a Catholic,” said Victoria Conaway, a social work graduate student.

“We have a lot of professional staff here that agree with us,” continued Conaway. “I think we’re at a time in the Catholic Church where we have to respond as a university.”

A lot of the social work students feel that in the past, their efforts to be heard from the university have fallen on deaf ears, and they feel that this time will be different. 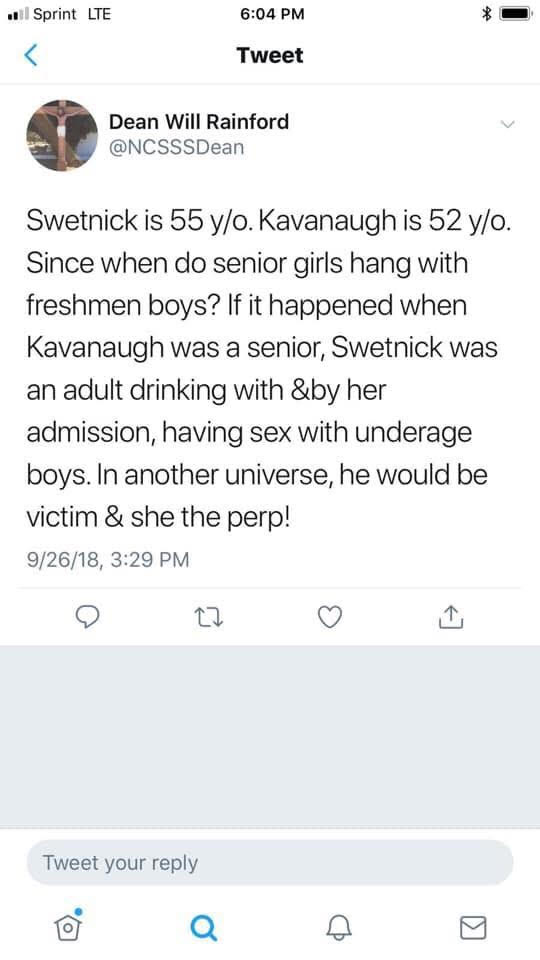