Genuine concerns have arisen around statements that prominent speaker Abby Johnson had given this past summer. In a video which has since been made private, Johnson has declared that “statistically, my brown son is more likely to commit a violent offense over my white sons.” This is one of many public statements Johnson has made that warrants controversy. I do not believe it is my job as a college student to justify her statement, nor do I want to do so. Is Abby Johnson a racist? I assume she is not, since she left a racist organization which had been founded in order to “exterminate” the Black race. This does not mean that I do not recognize that Abby Johnson’s words are problematic at best and demand clarification.

As a conservative college student, I understand the perspective of wanting to fight against a cancelation of Abby Johnson’s event. We have seen countless examples of leftists shutting down right-wing speakers because they do not agree with their message. For example, conservative speaker Ben Shapiro had been labeled a Nazi by college students on other campuses, despite himself being Jewish and the target of Anti-Semitic hate crimes.

Young conservatives have paid witness to ridiculous instances of slandering political opposition and because of this there has been a natural inclination with this specific event to discredit the concerns of those in protest.  Those who are against Johnson speaking have been labeled as “cafeteria ‘Catholics,’” or “far-left activists.” I believe this is a mistake.

There were most definitely political actors involved in the petitioning to cancel the event, to ignore that fact would be naïve. I do not believe that this was the majority, nor do I believe that the concerns people have for the way that Abby Johnson has expressed her views should be ignored. 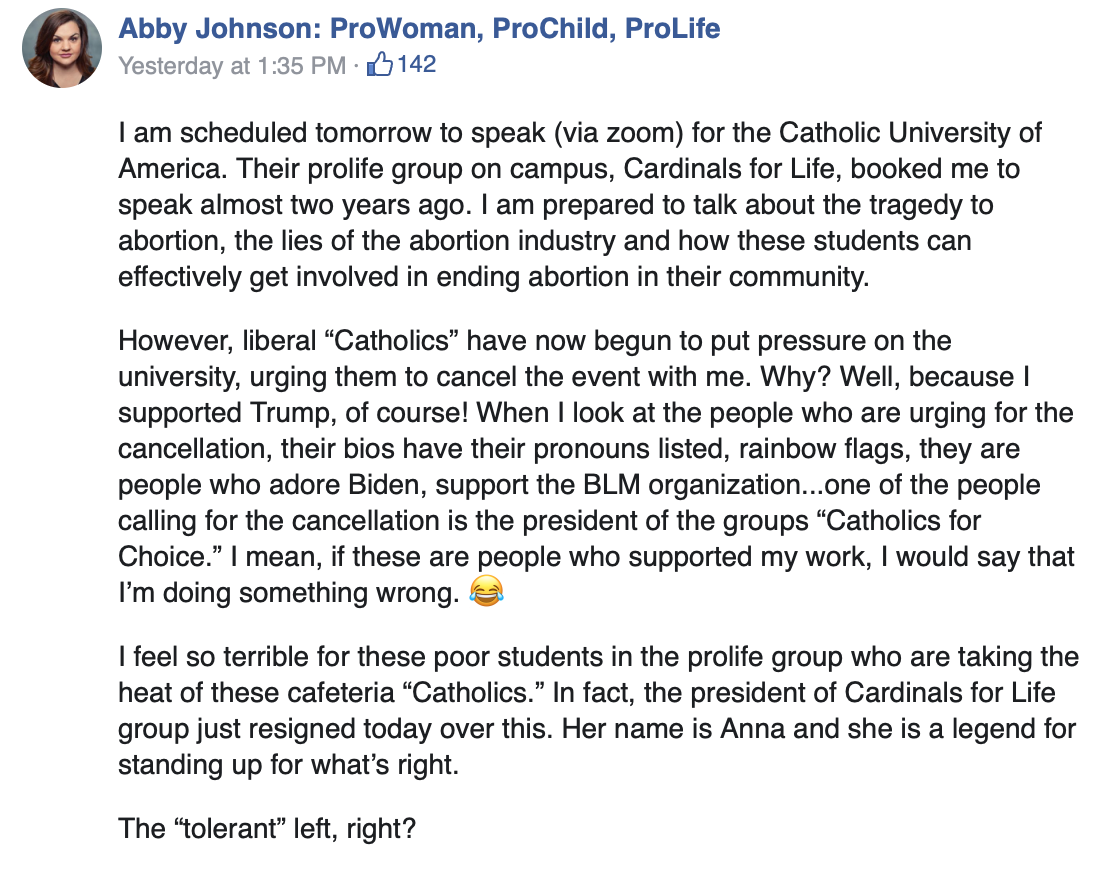 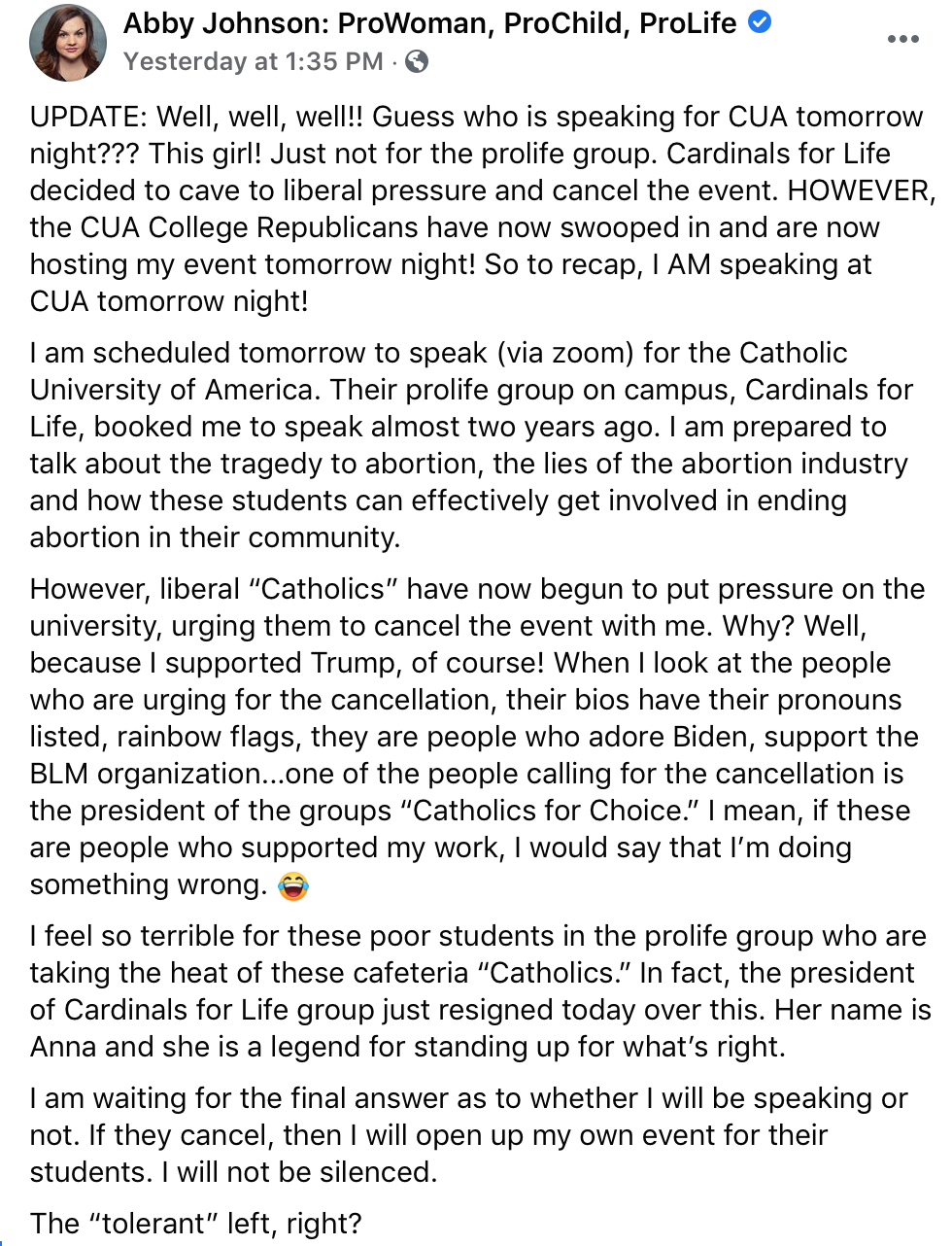 Here are screenshots of Abby Johnson’s Facebook posts discussing this event, the first image being the original and the second is an updated edit.

There is a stark difference between canceling someone for holding different political beliefs and questioning their position and holding her responsible. I would have liked to see a clarification from Abby Johnson herself on what she truly meant in the main video that had sparked outrage.

I joined Cardinals for Life because I want to champion human dignity from conception until natural death. Abby Johsnon has been instrumental to the pro-life movement, yet she has compromised and tarnished that work with comments that are contradictory to what it truly means to be pro-life. Being pro-life means supporting all human life, from conception until natural death. I will not attempt to understand her heart or to characterize her as a racist, but her statements make it difficult and objectionable to defend her.

King of the Cafe: Why Coffee Is, and Always Will Be, Superior to Tea

What to Give up for Lent During A Pandemic