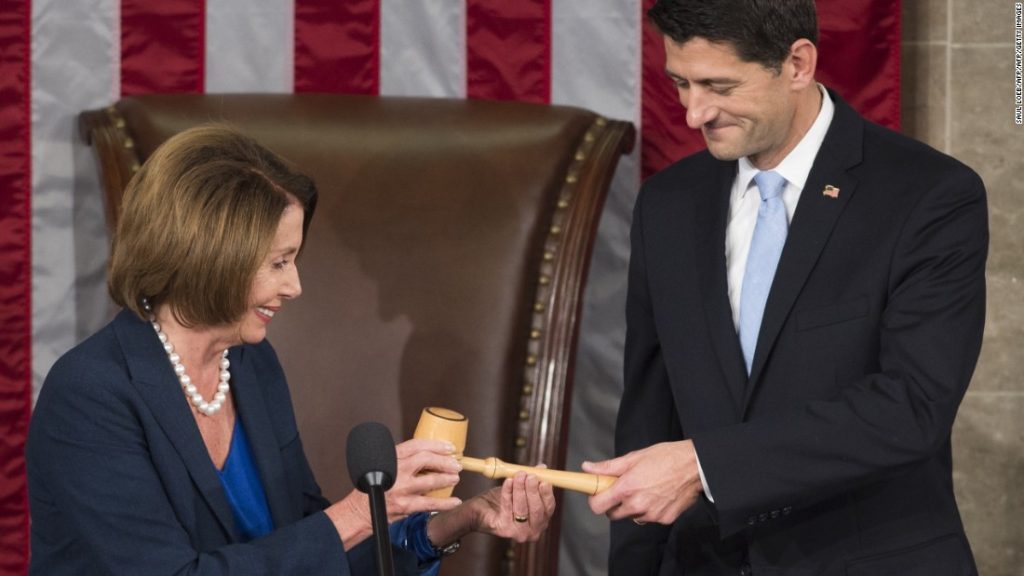 With a vote of 203 for and 32 against, Democrats in the U.S. House of Representatives overwhelmingly nominated minority leader Nancy Pelosi (D-CA) to be the next Speaker of the House for the 116th Congress in a Wednesday gathering of the Democratic Caucus.

A final vote with all 435 Representatives voting will take place on January 3, 2019, the first day of the new Congress. Minority Whip Steny Hoyer (D-MD) was elected Majority Leader and Assistant Democratic Leader Jim Clyburn (D-SC) was elected Majority Whip. Both the 79-year-old Hoyer and the 78-year-old Clyburn ran unopposed even though there was talk of younger members challenging both men who have both served for over two decades. The 78-year-old congresswoman from San Francisco will return to the position she held from 2007 to 2011 under Presidents George W. Bush and Barack Obama.

Representative Joseph P. Kennedy III (D-MA), the 38-year-old grandson of the late U.S. Attorney General Robert F. Kennedy nominated Pelosi for the speakership and civil rights hero John Lewis (D-GA) spoke in favor of Pelosi’s candidacy. According to a Politico report, members could vote “yes” or “no” when voting for the party’s nominee for speaker. This vote to nominate Pelosi enables Democrats who won races where Pelosi was an issue to support her to say they opposed her since she has the overwhelming support of the Democratic Caucus.

As of Wednesday afternoon, 234 Democrats will be serving in the House beginning January 3 while Republicans will have 200 seats. In the U.S. Senate, Mississippi Senator Cindy Hyde-Smith (R-MS) was elected to a full six year term Tuesday night after a runoff election. She defeated Mike Espy, President Bill Clinton’s Secretary of Agriculture, with 53.9% compared to Espy’s 46.1%. Republicans will have a total of 53 seats compared to 47 for Democrats which makes confirming President Donald Trump’s executive and diplomatic nominees, current and future nominations for the federal judiciary, and possible Cabinet and U.S. Supreme Court vacancies easier.

Many people will be watching which Democratic representatives will be chosen to serve as chairs of the twenty standing House committees as well as the Select Committee on Intelligence. Committee assignments for newly elected members of Congress from both parties in the House and the Senate will also be announced in the coming weeks.