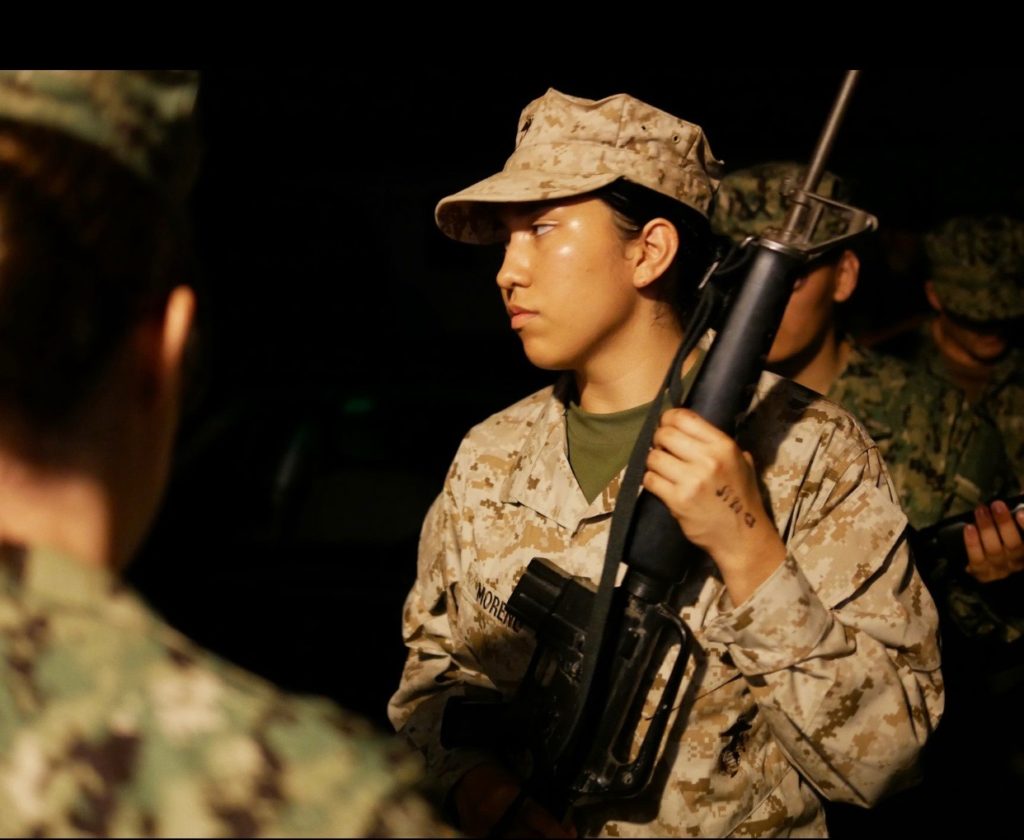 It marks the beginning of a new era as the University begins to host Navy and Marine Option midshipmen for the first time ever. For some time now, Catholic University has been absent of any new classes of midshipmen. But this year, a small but proud group of three freshman pave the way for anyone and everyone who wishes to join the Capital Battalion.

The Capital Battalion is made up of 101 students spanning across four universities in the DC area: the host school, George Washington University, and three consortium schools— Georgetown University, Howard University, and Catholic University. In the past, Navy ROTC has only been available to nursing students at Catholic, the last of whom commissioned in May 2017. Now the option is open to any student regardless of his or her major.

The three freshman in the program are TJ Macyko, Liz Moreno and Theresa Whitfield. Macyko and Whitfield are both Navy option, while Moreno is the first ever Marine option from Catholic U. This means after graduation, the three students plan on commissioning as officers into one of  five communities: Surface Warfare, Aviation, Submarines, Special Warfare, or the Marine Corps. They are all in the Honors Program as well.

Four to six times a week, these students wake up at 4:30 AM to make the trek to George Washington University to workout with their fellow midshipmen. The workouts are followed by classes to learn the skills needed to eventually commission as officers in the Navy and Marine Corps after graduation. Once a week, these students also have the privilege to hear from renowned military leaders and take field trips to various places of military importance. They have a trip planned to Gettysburg as well as a trip to the Pentagon.

While most Washington DC students spend their first weekend in college going out with friends, attending football games, and exploring the city, these three freshman spent their labor day weekend at Quantico Marine Base in intense training. They experienced first hand the moral, mental, and physical strain it takes to be officers in the Navy and Marine Corps through many different training exercises, like the Marine Obstacle course. Completing the “o-course” at Quantico is the ultimate test that one needs to pass before officially becoming a Marine officer, and these freshmen tried it their first weekend as midshipmen.

“I felt like Tarzan swinging with my hands in full uniform and boots,” said Macyko.

Being a part of the unit fosters growth in each individual. While the students do attend weekly workouts they also have mandatory study time every week, on top of community service and professional development requirements. To be qualified to commission as an officer after graduation, one needs to have the necessary skills to lead others, not just be physically fit. Through their time in the program, each of them will truly discover their strengths and weaknesses and learn how to improve themselves.

Although it can feel like these students live two separate lives, they work hard on integrating their life in NROTC to their college life.  They wake up hours before most of their peers to travel across DC and finish a big part of their day just as everyone is waking up. The little snippet we see of them here on campus is them going to class wearing a khaki uniform with strange hats. Hopefully, their numbers will continue to grow in the upcoming years with each new class.

“You can always hear stories from people about doing this sort of thing, but you will never understand until you experience it for yourself,” said Moreno. “I now am beginning to understand what it takes to be apart of the Marines, the few, the proud.”

CUA Should Have Cancelled Classes for Election Day

Advice for Making the Most of Your Catholic U Experience

This Week in Tower History