Catholic’s Student Government Association (SGA) held its first Senate meeting of the year on Monday, October 2nd in the Great Room of the Pryzbyla Center. The newly-elected 2017-2018 senators were officially sworn into office, and the first rounds of proposed legislation were offered and debated. Three resolutions were voted on and passed, and five committee chairs were elected in the session.

SGA’s Senate is made up of two senators from each class and two senators from each academic school. The SGA Vice President, Jon Paul Weiss, serves as the presiding officer of all Senate sessions. There are also five standing committees in the Senate: Rules and Administration, Academic Affairs, University Services, Student Resources, and Campus Life. Each committee is responsible for a particular area of expertise. The committee chairs were elected by the Senate body at this first session. Senators Weston Kirby, Aaron Mackisey, Jimmy Harrington, Cavan Hagerty, and John Connolly were elected for these chair positions.

The first piece of legislation sponsored came from Arts & Sciences Senator Cavan Hagerty and it dealt with the proposed WMATA U-Pass program. This program intended to provide Catholic students with unlimited metro and WMATA bus ridership for a fee added onto tuition, hopefully saving students money annually. This was worked on over the past year in the senate, and was set to be voted on in a student referendum this fall. Due to an “extreme” lack of communication on the behalf of WMATA in terms of specific pricing and program details, the referendum was repealed to wait for further information.

Hagerty, who has worked on this initiative since last spring, expressed frustration in the breakdown in communication. “We decided it was best to cancel the vote at this time just because we don’t have the information on the future of the program that we would like to have to allow students to make an informed decision,” Hagerty said.

Hagerty noted that just because the vote has been cancelled does not mean the effort to make this program work has also finished.

“We will continue contacting and working with WMATA to gain more information and concrete numbers on program costs and implementation with the hope that we can bring a vote back to the student body in the future,” Hagerty said.

The other notable piece of proposed legislation came from Senator of the School of Music Aaron Mackisey. His resolution called for a general arts curriculum to be added to a student’s education requirements at Catholic. This resolution aims to increase funding for the arts as well as let every CUA student “develop their artistic side” through classes like music, dance, and photography.

“The arts inform both faith and reason,” Mackisey said. “They provide us an experience and outlook on the world that you simply cannot get from any other field of study.”

The resolution was passed by the senate’s vote and was also signed off on by the Student Body President, Brianna Howard. From there, it goes to the Academic Senate, Undergraduate Board, and Provost Abela to be reviewed further. Mackisey will work with Vice President Weiss to lobby the university administration for its implementation. The SGA website also has a legislation tracker that students can follow along with the status of proposals.

Junior Katie Troilo was encouraged by the first Senate meeting.

“After seeing the first session of the senate I feel a new excitement about our student government. I am really looking forward to seeing all the positive things they get done for the student body this year!” Troilo said.

The next SGA Senate meeting is set to take place on Monday, October 16th at 8 PM in Great Room B in the Pryzbyla. The session is open to the university community to attend.

Duane Paul Murphy contributed to the reporting of this story. 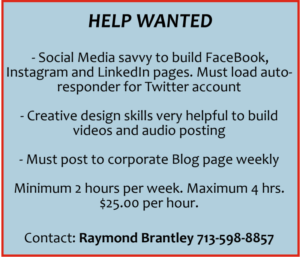 Urinetown: To Be or Not To Be?