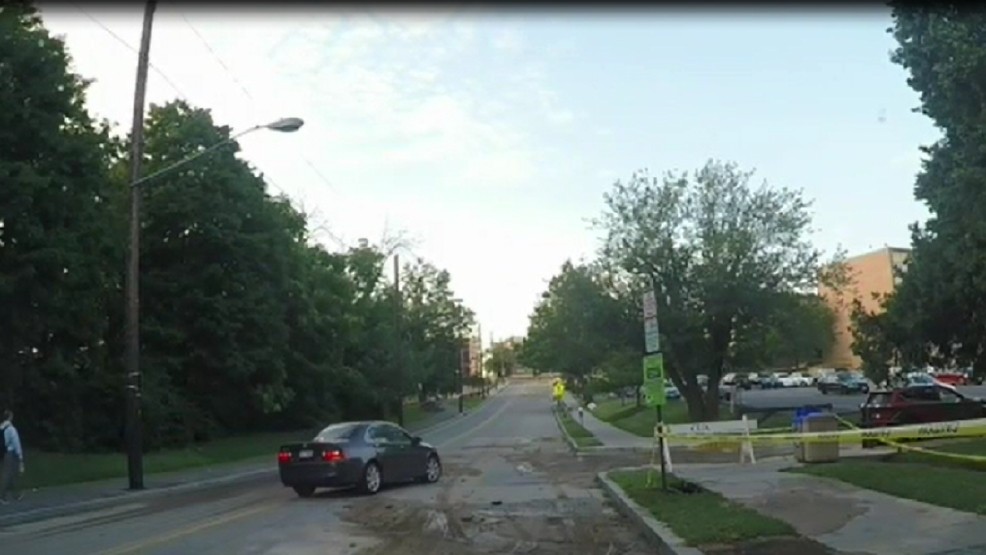 Many buildings were without water for most of the day Tuesday. Courtesy of WJLA 7 News

By The Tower Staff

Students had a particularly rough Monday this week after buildings across campus had their water shut off. At 4:30 PM Monday afternoon, University Communications sent out an email to the student body saying that the water in the Pryzbyla Student Center, Columbus Law School, Centennial Village, Ryan Hall, Regan Hall, and Millennium North and Millennium South had been shut off due to a water main break in D.C.

Students in the affected residence halls were unable to use their kitchens, laundry rooms, and bathrooms for over twelve hours, as they waited in uncertainty for any official word about the status of their water. Freshmen girls in Regan Hall were offered the use of bathrooms in Flather, a proposal that was met with varying reactions of gratitude and disgust. Students hoping to study in the third-floor Pryzbyla Starbucks were met with a sign expressing condolences for the inconvenience. Upperclassmen in Millennium South ate an ordered dinner of pizza to make up for the closure of Pryzbyla dining options.

Certainly the water outage was a huge inconvenience to faculty and staff across campus — the lack of prepared food, cold water in the fountains, and flushing toilets was a revelation about how much we take advantage of and depend on the smallest comforts.

But for the people of Puerto Rico, who were struck by two major hurricanes this fall and have yet to see clean running water, this revelation is weeks late.

Heavy winds from Hurricane Irma wiped out the electricity in Puerto Rico for days in early September, and Hurricane Maria caused widespread destruction less than two weeks later. The loss of clean water, electricity, and product supply to homes, schools and hospitals is still affecting the island on a massive scale. The electrical grid is estimated not to be repaired for at least another four months.
So, Catholic University students, on behalf of the people of Puerto Rico that we have been praying for, baking for, and holding benefit concerts for, grab a bottle of water (or a bottle of something stronger, if you want to forget about that traumatizing Flather shower) and a Clif bar to hold you over for the night. Reflect on how blessed we are to even be offended at the idea of going without water for one night, and offer up this experience for those who are still living without basic necessities.